This new trailer was released for Disney•Pixar’s COCO.  As I have mentioned before we are huge fans of the Disney•Pixar movies, and we can’t wait to see this one.

“Despite his family’s baffling generations-old ban on music, Miguel (voice of newcomer Anthony Gonzalez) dreams of becoming an accomplished musician like his idol, Ernesto de la Cruz (voice of Benjamin Bratt). Desperate to prove his talent, Miguel finds himself in the stunning and colorful Land of the Dead following a mysterious chain of events. Along the way, he meets charming trickster Hector (voice of Gael García Bernal), and together, they set off on an extraordinary journey to unlock the real story behind Miguel’s family history. Directed by Lee Unkrich (“Toy Story 3”), co-directed by Adrian Molina (story artist “Monsters University”) and produced by Darla K. Anderson (“Toy Story 3”)”

Check out the Trailer:

I was excited to see Disney’s new Beauty And The Beast movie, and then I saw the final trailer and became even more excited. I couldn’t wait to share it with you.

“Disney’s “Beauty and the Beast” is a live-action re-telling of the studio’s animated classic which refashions the classic characters from the tale as old as time for a contemporary audience, staying true to the original music while updating the score with several new songs. “Beauty and the Beast” is the fantastic journey of Belle, a bright, beautiful and independent young woman who is taken prisoner by a beast in his castle. Despite her fears, she befriends the castle’s enchanted staff and learns to look beyond the Beast’s hideous exterior and realize the kind heart and soul of the true Prince within. The film stars: Emma Watson as Belle; Dan Stevens as the Beast; Luke Evans as Gaston, the handsome, but shallow villager who woos Belle; Oscar® winner Kevin Kline as Maurice, Belle’s eccentric, but lovable father; Josh Gad as Lefou, Gaston’s long-suffering aide-de-camp; Golden Globe® nominee Ewan McGregor as Lumiere, the candelabra; Oscar nominee Stanley Tucci as Maestro Cadenza, the harpsichord; Oscar nominee Ian McKellen as Cogsworth, the mantel clock; and two-time Academy Award® winner Emma Thompson as the teapot, Mrs. Potts.”

If your as excited about the movie as I am you can follow along though it’s social media site:

Beauty And The Beast will be released March 17th, 17

If you’re as much of a fan of the Disney’s animated hit film Moana as we are your going to love this. The movie will return to movie theaters nationwide as MOANA Sing-Along version on January 27th 2017.  This version will be the full length fill with on-screen lyrics. Therefore making singing along to the songs perfectly acceptable.

From the press release:

““Moana” audiences were swept away by the film’s original songs and score from a dynamic team that includes Tony®-, Emmy®- and Grammy®-winning songwriter Lin-Manuel Miranda (Pulitzer Prize- and Tony-winning “Hamilton,” Tony-winning “In the Heights”), Mark Mancina (“Tarzan,” Broadway’s “The Lion King”) and Opetaia Foa‘i (founder and lead singer of the award-winning world music band Te Vaka).

The sing-along version of “Moana” includes the full feature film with on-screen lyrics, so audiences can belt out the words to their favorite songs, such as the Golden Globe®-nominated “How Far I’ll Go.” Moviegoers can check local listings for showtimes and theaters; the sing-along run will vary by location.

Audiences can soon enjoy the original theatrical version of the film at home and packed with a variety of bonus extras when “Moana” arrives on Digital HD/3D and Disney Movies Anywhere (DMA) on Feb. 21, and on Blu-ray 3D, Blu-ray, Digital SD, DVD and On-Demand on March 7.” 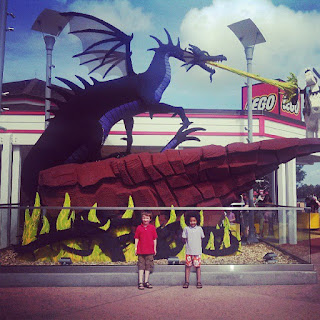 Disclaimer:
I am writing this post as part of the Verizon Wireless Lifestyle Bloggers program. Being part of the program does not in anyway influence this post in anyway. All thoughts and opinions are my own.

This is the time of the year that people from the north are looking to head south for a break from the cold weather. A lot of my friend’s are Planning their trip to Disney World and have asked if I knew of apps that help make their visit perfect. I thought I would share some of the ones I used in the past.

My Disney Experience Mobile
If you only download one app make sure it is this one. The is the perfect solution for planing and playing at Disney. From the app you can purchase tickets, organize your reservations and even share your plans with family. Once your at the park you have an interactive map at your fingertips. You can make the most of your time by checking the wait times of the attractions and finding the greeting locations for your favorite characters.
Disney World Dining
This App is great to help you choose the perfect place to eat in the Magic Kingdom. The menus of all the restaurants are right at your fingertips. Wondering where to find that yummy Dole Whip you have heard so much about? The app lets you search by restaurant or food item. Meeting up for lunch? Email your dining schedule within the app.

Hidden Mickey Disney World Edition
Been to Disney a few times and looking for a different experience this time? Did you know that there are Hidden Mickeys throughout the park? That’s right, Disney artists have hidden images of Mickey Mouse hidden throughout the parks, hotels and restaurants. This app uses GPS tracking and lists the Hidden Mickeys close to you. You can make this into a fun scavenger hunt and have the app keep track of the ones you have found. Believe it or not there are over 800 Hidden Mickeys throughout the Walt Disney World Resort, and the app has them all.
Capturing Magic
This app is perfect for doing just what it says, capturing the magic of your Disney experience. It will alert you when a photo opp is coming up. After you take the perfect picture you can share it to your social feeds directly from the app. With it you can also know which characters you have already taken pictures with and where.

Shop Disney Parks
Last but not least is the Shop Disney Parks app. The is the perfect app for those who forgot to pick up a souvenir for somebody, or just didn’t want to carry something home. This official Disney app allows you to shop thousands of items, some of which are only sold in the parks. 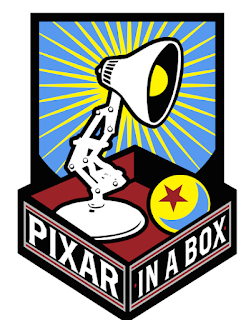 If your as big of Pixar Animation Studios fans as we are I have some exciting news for you. Khan Academy has launched Pixar in a Box. This is your chance to get a behind-the-scenes look at Pixar Animation Studios’ creative process.
“Our mission at Khan Academy is a free, world-class education for anyone, anywhere,” said Sal Khan, Founder and CEO of the not-for-profit Khan Academy. “Sparking student interest in math and other academic fields is a key part of that, and we’re delighted to collaborate with Pixar to achieve this goal. Pixar in a Box gives students a new way to engage with key academic concepts and see how creative these concepts can be.”
Students can access Pixar in a Box and learn:
·       How combinatorics are used to create crowds, like the swarm of robots in WALLE.
·       How parabolas are used to model environments, like the forest in Brave.
·       How weighted averages are used to create characters, like Buzz Lightyear and Woody.
·       How linear and cubic interpolation are used to animate characters.
·       How trigonometry is used to create the worlds in which Pixar stories take place.
·       How simultaneous equations are used to paint all of Pixar’s images.

“While the first year focuses on math, future Pixar in a Box lessons will explore science, computer science, arts, and humanities.”
I can’t wait to check out the free lessons with the little guys. Who in your family will be most excited about Pixar in a Box? Let me know in comments below.
If your Family is like ours, and loves Disney Pixar’s The Toy Story, you are going to love this news. 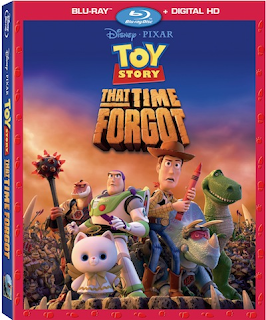 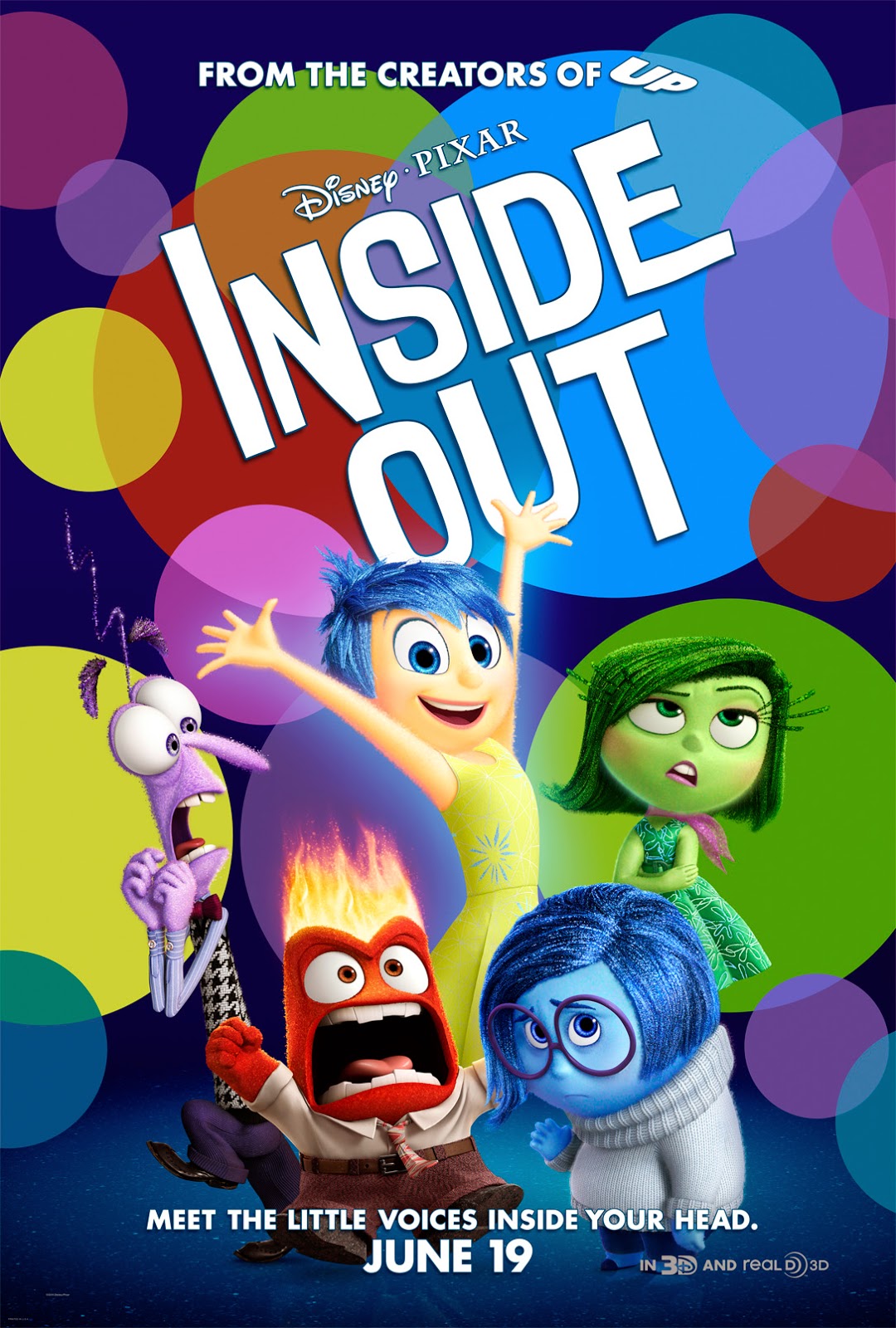 Looks like Disney is coming out with another great Movie.
“From an adventurous balloon ride above the clouds to a monster-filled metropolis, Academy Award®-winning director Pete Docter (“Monsters, Inc.,” “Up”) has taken audiences to unique and imaginative places. In Disney•Pixar’s original movie “ Inside Out,” he will take us to the most extraordinary location of all—inside the mind. Growing up can be a bumpy road, and it’s no exception for Riley, who is uprooted from her Midwest life when her father starts a new job in San Francisco. Like all of us, Riley is guided by her emotions – Joy (Amy Poehler), Fear (Bill Hader), Anger (Lewis Black), Disgust (Mindy Kaling) and Sadness (Phyllis Smith). The emotions live in Headquarters, the control center inside Riley’s mind, where they help advise her through everyday life. As Riley and her emotions struggle to adjust to a new life in San Francisco, turmoil ensues in Headquarters. Although Joy, Riley’s main and most important emotion, tries to keep things positive, the emotions conflict on how best to navigate a new city, house and school.”
U.S. Release Date: June 19, 2015 Director: Pete Docter Co-Director: Ronnie del Carmen Producer: Jonas Rivera

Cant wait to hear more about it. 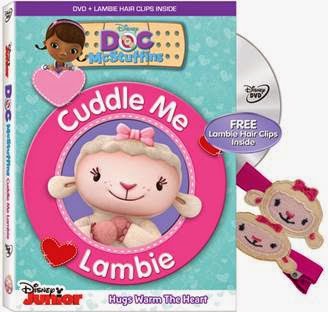 Disclaimer: Though we were sent this DVD this review, all thoughts are my own
We were recently sent the dvd Doc McStuffins Cuddle Me Lambie. The first thing noticed were the cute little Lambie hair clips included, They are a huge hit for your little Lambie fan.
The DVD shows Lambie handing out hugs when needed.
Cuddle Me Lambie contains 5 full episodes of Doc McStuffins Including:

All five of these titles send positive messages to your little one.

Doc McStuffins: Cuddle Me Lambie is sure to be a hit for your little Doc McStuffins fan.
Look for this DVD on Amazon or at a retailer near you.