I have been doing a low carb. diet but didn’t want to give up my Margaritas. The average Margarita Mixer has 28 carbs. and 108 Calories per serving. Add to that the calories in a Margarita and I can see why I become overweight in the first place. 😉
Skinny Girl came out with one that is 100 calories for a 4 oz serving. That is ok but I did better. I discovered
Crystal Light Margarita Mocktail !
In 1.25 oz of tequila there is about 81 calories. In one serving of Crystal Light Margarita Mocktail there is 5 calories. This means this cocktail has 86 calories and more Tequila per serving. In my opinion the taste is much better.
I mix up a batch of the Crystal light then put a cup full in the freezer until slushy. I then add the Tequila. So yummy I feel like I am cheating.
I was in no way compensated for this post. All options are my own.

“Everyone loves margaritas, but no one wants the guilt or the calories. That’s why I created the Skinnygirl™ Margarita. At only 100 calories for a full 4 oz. serving, all natural ingredients, no preservatives or artificial colors, lightly sweetened with agave nectar and made with premium Blue Agave clear Tequila, Skinnygirl™ is the margarita you can trust.”

I was sent a bottle of Skinnygirl™ to review, a hard job for me as you can imagine 🙂 I must admit I was a bit skeptalcal at first but Let me just tell you I will pick one of these drinks over one of those little bags of 100 calorie cookies anyday.
If I did not know it I would never believe this was any different then the Margaritas I drink that have over 500 calories in them. Now I have a hard choice at hand. Do I drink 5 and justify it because it’s the same as drinking one normal one, or do I stick with the one and cut the extra 400 calories? Hmmmmm desisions desisions.
The one downfall of Skinnygirl™ Margaritas is that it is not yet readily available. In fact in a quite a few states the only way you are able to get it is to order it online. You can find it at skinnygirlcocktails.com . If your not sure about ordering someth.ing you have never tried, take my word for it it is so worth it
What I didn’t realize when I got this was that Bethenny has a whole site dedicated to health and fitness Bethenny.com has a lot of advice on lifestyles as well as a ton of yummy recipes. Go check it out, I will sit here and wait, just give me a sec to pour myself another Skinnygirl™.

I asked this very cool guy that goes by the name of Rum Shop Ryan to write a guest post. It would only make sense he would give us a little insight on the history of rum. Thank You Ryan, Fins Up !!!
As soon as long sea voyages became the norm, one factor facing the crew was that of drinking water. To survive the long voyages under the harsh conditions, significant quantities of fresh drinking water were required. At the start of the voyage, fresh water was taken on board in casks however it quickly became slimy and unpalatable. To overcome the problem, casks of beer or wine and later brandy, were taken on board, to be given to the sailors to ‘wash down’ the water. The longer the voyage, the more significant the problem became as these casks added to the ships load.
Rum gradually replaced the beer, wine and brandy as the drink of choice and the Royal Navy issued every sailor with a half pint of rum per day. But sailors were smart people and many of them stored up their ration for days, drank it all at once and became totally inebriated or ‘blind drunk’ as we call it in the Islands. A popular sea shanty ‘What Shall we do with the drunken sailor?’ reflects the result of the rum ration.

Due to the subsequent illness and disciplinary problems one Admiral Vernon of the Royal Navy took a decision to mix the rum with water – a half pint of rum being mixed with 2 pints of water and issued in two servings twice daily. This made him very unpopular with his men who renamed the mixture ‘Grog’ in disgust. (Admiral Vernon was known as Old Grog because of a grogram cloak that he wore). The term ‘Let’s Fire a Grog’ is still used in Barbados to this day although the Rum is also mixed with Coke, Ginger Ale, Soda Water.
Citrus juice (usually lime or lemon juice) was added to the recipe to make the taste more palatable. Unknowingly the vitamin C contained in the citrus juice prevented the disease ‘scurvy’ from affecting Admiral Vernon’s sailors. Once this was realized, the mixture was adopted throughout the Navy and the British sailors were given the nickname of ‘limeys’ by which British people are still referred today.
We can therefore credit Admiral Vernon with adding two words to the English lexicon, Grog and Limey. With a little more imagination and one more ingredient he may have also been credited with our fantastic and powerful Rum Punch Cocktail.
Who’s thirsty!

When I was asked to be an ambassador for 1quickcup.com I had no idea my hardest job was going to be to decided which kind to try first. In the above picture you see what they sent me. 102 coffees and 48 teas. I will have lots of fun with this.

The first kind I decided to try was the Donut House Cinnamon Roll coffee. You can see my review here: http://www.1quickcup.com/donut-house-cinnamon-roll-br24-kcups-p-347.html.

Is the coffee better then boat drinks? Depends what my intentions for the day are. If I want to get something done, definitely better go with the Coffee. On the other hand If I have sometime to relax my mind and body, better make it a boat drink. So most days yes I would say the coffee wins out. 🙂 Fins Up! 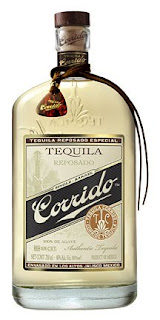 I recently got my hands on a bottle of Corrido Tequila Reposado. I must say it has spoiled my views of other Tequilas tasted. I made Margaritas with my friend. She always stops at 1, she had 4. I guess it won her approval to.

From the words of Corrido:
Tequila Corrido Reposado is a single-barrel reposado, made from what we call the “Double-Barrel process.” First, the tequila is aged to “Taste Not Time” in once used Jack Daniel’s barrels. Then, instead of blending in other aged tequilas, as is the typical practice, we transfer or “rack” the liquid into a once used Maker’s Mark barrel to absorb the different flavor profiles. This “Double-Barrel” process is more costly and time consuming, as a CRT inspector must be present to reseal and stamp the barrel each time we open a barrel for sampling. That’s one of the extra steps we’re willing to take to make our product unique. This method is unique to Corrido and no one else does this in the industry.
Let me just tell you, what ever they are doing is certainly working. This is the Smoothest Tequila I have ever tasted. Now pardon me while I go make myself a Margarita.
Fins Up !!